In July of this year, the US Food and Drug Administration (FDA) authorized the use of stiripentol (DIACOMIT) for patients with Dravet syndrome aged 6 months and older and taking clobazam (1). Previously, stiripentol was approved for patients aged 2 years and older in the US, which meant there could be a delay in access to this medication following a diagnosis of Dravet syndrome in young children under age 2. For those who were able to gain early access, the process to gain approval could be difficult even for children just a few months shy of 2 years. This new expanded authorization is an important milestone, as stiripentol (DIACOMIT) is currently the only treatment specifically approved for the treatment of seizures in Dravet syndrome in children as young as 6 months.

With the announcement of this expanded authorization, it seemed like a good time to look back at how stiripentol (DIACOMIT) was developed and approved as a treatment for Dravet syndrome. The timeline depicted below highlights some of the key events, from the discovery of stiripentol in 1978 by a team of researchers at BIOCODEX to the eventual FDA approval of DIACOMIT specifically for Dravet syndrome in 2018.

History of Stiripentol Use

for Seizures in Dravet Syndrome

Stiripentol identified by researchers at BIOCODEX

First indication of effectiveness in DS

Similar results were seen in a slightly smaller study in Italy

Orphan Drug designation in US

Stiripentol was initially being tested as a anti-seizure medication for a broader epilepsy population, but a clinical trial of stiripentol in France found that patients with Dravet syndrome, particularly those also on clobazam, seemed to have a better chance of seizure reduction than other groups of patients in the study. Two follow-up studies in France and Italy again confirmed the effectiveness of stiripentol to reduce seizures in Dravet syndrome, this time used in combination with clobazam and valproic acid. These important studies laid the groundwork for the approvals that would follow, and the US began to allow compassionate use of stiripentol under a special access program in 2001. While this allowed families access to an important and effective treatment for their loved ones with Dravet syndrome, the process could be difficult and often costly. Despite those challenges, use of stiripentol continued to increase in the US, and in 2017 the North American Treatment Consensus listed stiripentol as a second-line treatment for Dravet syndrome when used in combination with valproic acid and clobazam.  Thankfully, the eventual FDA approval of stiripentol (DIACOMIT) opened up broader access to this effective treatment option for Dravet syndrome in August of 2018. Now the announcement of the further expansion to include children 6 months and older represents another milestone in achieving timely access to appropriate medication options for patients with Dravet syndrome.

More information can be found at DIACOMIT.com. 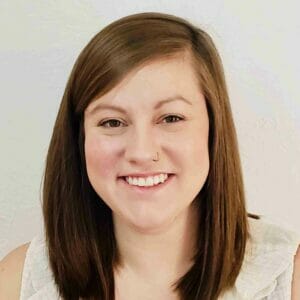 Dr. Hood joined the DSF staff in 2020. She has an MS in Biology from East Tennessee State University and a PhD in Cell, Stem Cell, and Developmental Biology from the University of Colorado. She spent 10 years in laboratory settings researching how small changes in genetic and molecular regulation contribute to complex neurological diseases. In 2007, Veronica had a son, Gabriel, who faced severe developmental challenges. Gabriel presented with initial seizure activity within his first two months of life, and his medical needs quickly became quite complex. Despite endless testing, a diagnosis remained elusive, and at the age of 8, Gabriel passed away. These experiences fueled Veronica’s passion to advance medical research and shaped her desire to support other families facing similar challenges. She hopes to apply her scientific knowledge and her understanding of the caregiver experience to support the Dravet community by facilitating Dravet-focused research and acting as a liaison between researchers, professionals, and families.