The Importance of Research for Dravet Syndrome

Severe myoclonic epilepsy of infancy (or ‘SMEI’) was first described in 1978 by Dr. Charlotte Dravet and was renamed in 1989 as Dravet syndrome. By 2001, researchers had discovered that a primary cause of Dravet syndrome was related to mutations in SCN1A, a gene responsible for making sodium channels that affect electrical activity in the brain. Despite this major advancement in the scientific understanding of DS, research was still slow to follow. By 2009, families had come together to form the Dravet Syndrome Foundation (DSF) in an effort to spur and support research efforts towards a better understanding of the underlying causes, the presentation and progression, and the best treatment approaches for Dravet syndrome. DSF has made research a core priority, funding over 5.6 million dollars of research efforts since 2009. Through the combined efforts of DSF, scientists, clinicians, industry, government, and patient families, research has led to advancements in the care and treatment of those living with Dravet syndrome. While much has been accomplished, there is still great unmet need for patients and their families, underlining the importance of continuing to fund, advocate for, and participate in further research efforts.

The Importance of Basic Science Research

The initial link between DS and mutations in a gene, SCN1A, came from studies of genetic samples from human patients. Following that discovery, scientists used an array of basic science tools and studies to unravel WHY mutations in SCN1A might result in the symptoms of Dravet syndrome. Breakthroughs using cells, fish, and mice have revealed the role of this gene in specific cells in the brain and increased our understanding of how SCN1A is regulated. The development of animal models that mimic the genetics of Dravet syndrome have allowed researchers to investigate more about the cause and symptoms of Dravet syndrome and to screen drugs and therapies that could translate to human treatments. Research advancements have uncovered biological details that are guiding the development of disease modifying therapies that attempt to correct the root genetic cause of Dravet syndrome.

The Importance of Clinical Research

Clinical research, or research directly involving humans, works hand-in-hand with basic research to improve outcomes for patients. Clinical research seeks to better understand a condition or disease or to investigate methods to intervene to improve treatment for a condition or disease. As our understanding of the cause and progression of Dravet syndrome in human patients has grown over the years through clinical research, it has improved standards of clinical care for patients as well as informed the direction of basic science research to focus on particular symptoms and interventions. In turn, basic science discoveries have led to interventional clinical trials of new medications and therapies for Dravet syndrome.

Research has Changed the Landscape for Dravet Syndrome

Basic and clinical research continue to improve outcomes for individuals with Dravet syndrome. When DSF was founded, there were no specific treatments for Dravet syndrome and research studies were still limited. The breadth and depth of research knowledge has significantly expanded since that time, further stimulating additional research efforts and leading to improved clinical care for patients.

The number of scientific publications with relevance for Dravet syndrome have continued to increase over time. 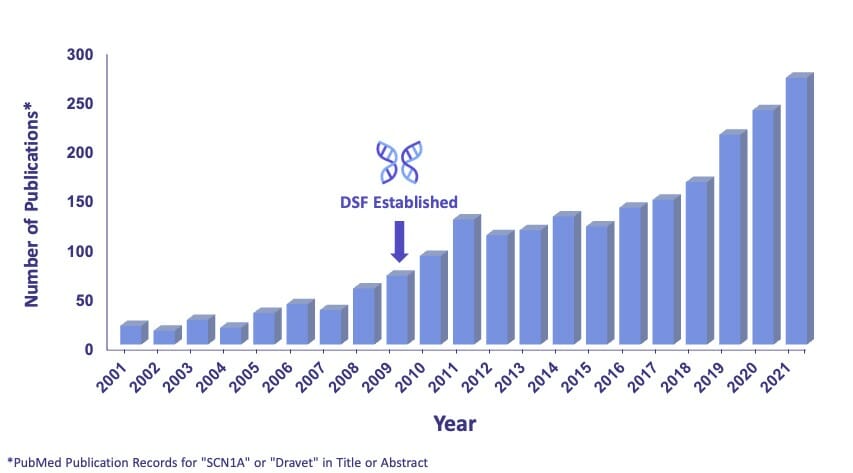 These increases in scientific funding and publications are representative of major advancements to the field that have subsequently impacted patient care. A few key examples of such advancements are outlined below:

Understanding the genetic cause and clearly defining the symptoms of Dravet syndrome has led to faster diagnoses and avoidance of contraindicated medications.
The discovery of serotonin (5-HT) as a target for treating seizures is changing the clinical perspective on achievable levels of seizure control in Dravet syndrome and has led to a robust pipeline of potential therapeutics.
Discovery of unique ways that the SCN1A gene is regulated, as well as the identification of the specific cells that require this gene to function, has allowed researchers to develop novel approaches to genetic-based therapies. Studies in mouse models support the effectiveness of a variety of genetic-based therapies that could be truly disease-modifying.
DSF has led, supported, and/or raised awareness of countless survey, interview, and observational study opportunities. The robust participation of caregivers and patients has enabled clinical knowledge of the full spectrum of impacts of Dravet syndrome, leading to better recognition, resources, and support.

The Importance of Your Involvement in Research

Scientific advancements take a lot of time, money, and effort, but things move faster when everyone works together. The patient and caregiver voice are invaluable to direct research efforts where they will matter most to those living with Dravet syndrome. Meaningful results and the success of clinical studies are dependent upon patient and caregiver participation; a population that is “clinical trial ready” is essential to spur additional drug development efforts. Moreover, the determination of families to fund research has made a major impact, which is reflected in the over 5.6 million dollars that DSF has directed towards research since 2009. In addition to the direct funding of research, DSF supports research in a variety of other ways, including acting as a hub to convene all the stakeholders with interest in moving research for Dravet syndrome forward. Staying connected to DSF will help keep you up-to-date on research efforts and opportunities for participation.

Get Involved in Research

How to Read a Scientific Paper: 3-Part Blog Series 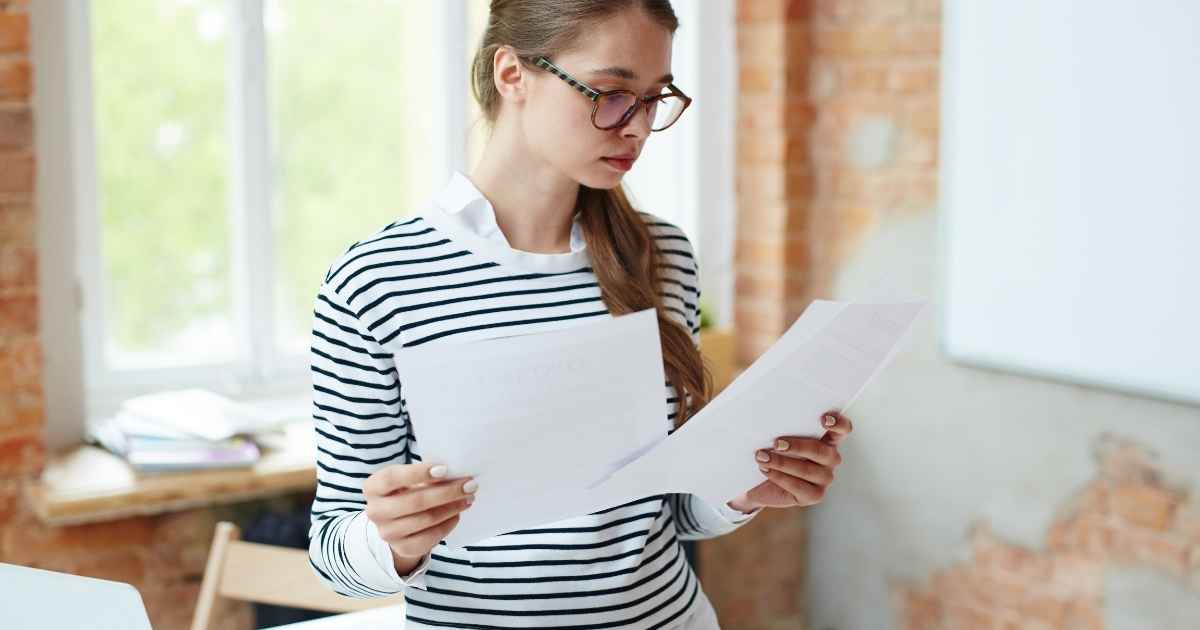 How to Read a Scientific Paper; Part 1: Anatomy of a Research Article

How to Read a Scientific Paper; Part 2: Breaking Down the Information

How to Read a Scientific Paper; Part 3: Critical Assessment

Learn about current trials and how to participate