Being a grandfather of a child with Dravet syndrome

How many times will you continue to break down in tears out of the blue or when someone asks you about your granddaughter? How many different emotions come to mind? How do you turn your fear, grief, pain, stress, anxiety, anger and a multitude of other emotions into positive action?

My name is Ted Odlaug and my granddaughter Anna was diagnosed with Dravet syndrome in May 2018 when she was 7 months old. Dravet syndrome is a rare, highly refractory form of infant- and childhood-onset epilepsy marked by frequent and often prolonged seizures that are difficult to control with existing medications, significant cognitive and motor impairments, and a higher risk of sudden death.

I have been fighting with the above emotions for 2.5 years now, while working hard to offset them with my own call to action. I call it turning “love into action.”

If you are a grandparent of a child newly diagnosed with Dravet syndrome here is my list of things I have done to help me deal with it all. I hope they help you too.

Some days and moments it is so easy to lose hope. But progress is being made with new therapies and the possibility of some treatments that act at the DNA/RNA level.

Never give up and turn your love into action. 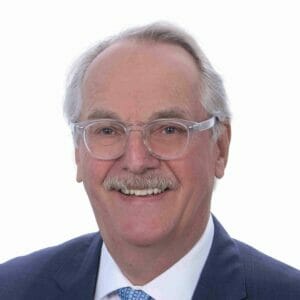 Ted has been a board member of the Dravet Syndrome Foundation since March of 2019. He is a Venture Partner at Signet Healthcare Advisors, and a board member of CoreRx Inc. He is also on the Advisory Board of Carstens Inc. Prior he was CEO of Waverley Pharma Inc., Executive Chairman of Impopharma Inc. and CEO of leon-nanodrugs GmbH, and a member of its Supervisory Board. He was the Executive Chairman of Cedarburg Pharmaceuticals until the company was sold to Albany Molecular Research Inc. in 2014. From 2011 Ted was the Executive Chairman and CEO of Planet Biopharmaceuticals until the company was sold to Ares Life Sciences in 2014. From 2008 until 2011, he was President and CEO of CyDex Pharmaceuticals, Inc. at which time the company was sold to Ligand Pharmaceuticals, Inc. Prior to CyDex, Dr. Odlaug served as Managing Partner of EIR Healthcare Advisors, LLC, which he still uses for his consulting business. Prior to that, he was Executive Vice President and a member of the senior management committee at Fujisawa Healthcare Inc. until its merger with Yamanouchi in 2005, which resulted in the formation of Astellas Pharma. Earlier in his career he had senior positions at Bayer and Baxter. Ted holds Bachelor's and Master's degrees from the University of Missouri at Kansas City and a Ph.D. in Public Health from the University of Minnesota